Research can take you weird places.

When I started writing Inheritance, I wanted to set it in the US while also avoiding all the usual suspects: New York, Los Angeles, New Orleans. Having grown up on Buffy the Vampire Slayer, one of the things I really appreciated about that show was the contrast between the gorgeous California setting and the horror of the stories that took place within it.

I gravitated, then, toward California, and finally chose San Diego for its climate, beautiful countryside and beaches, and proximity to the border. But since I’d never been to California, let alone San Diego, this meant I had to do something I absolutely adore.

And. oh boy, is there some random shit to find in San Diego, so here’s a small collection of some of my favourite San Diego facts. 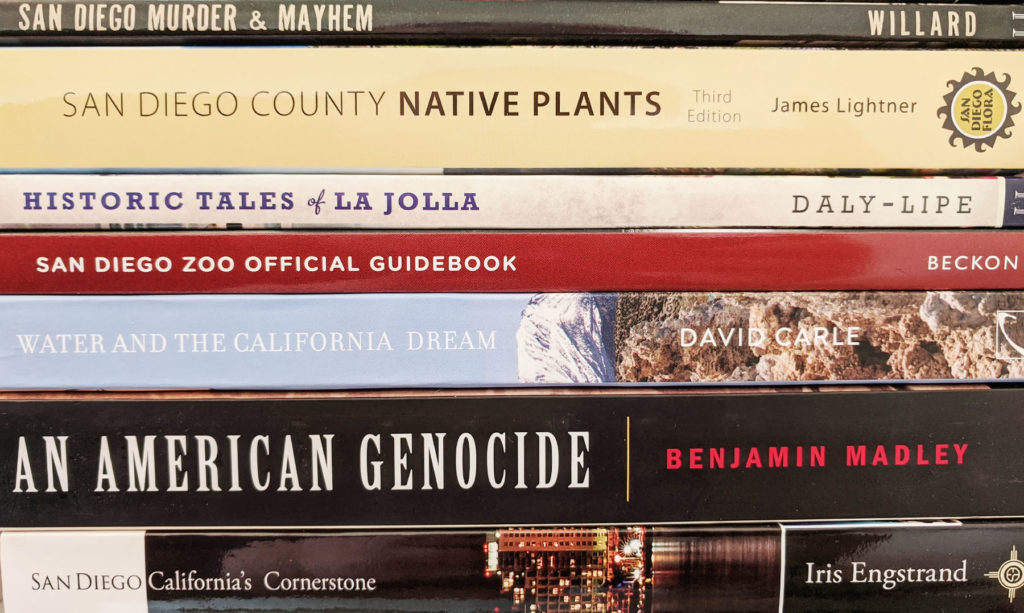 There are over 7,000 farms in San Diego. This is the highest number of farms in a single city in the USA. Handy, since I wanted to give someone a whole farm of their own.

San Diego imports over 80% of its water. That’s more than 160 million gallons per day.

Children’s Pool Beach in La Jolla has become so overrun with seals that the sheer volume of poop they produce has made it unsafe for swimmers, though people are still welcome to go for a dip in the bacteria-laden waters if they really want to.

Pioneer Park used to be a vast cemetery, until it was left unmaintained for too long. Eventually, the headstones were removed, and trees planted instead, so now you can picnic above the unidentified corpses of over 1,800 people.

For over a hundred years, the indigenous Californians were targeted by European settlers in what is now referred to as the California Genocide. Imported diseases such as smallpox, targeted violence and murder, and disruption to local peoples’ way of life led to populations among the indigenous Californians becoming utterly devastated. From a population of over 300,000 before the arrival of the Spanish, to 16,500 by 1910, the intensity and longevity of the genocide was sickening.

Obviously this isn’t a comprehensive list of San Diego facts (like, I haven’t even included that it’s illegal to shoot jackrabbits from your car). Feel free to @ me with your favourite random San Diego facts over on Twitter, though!